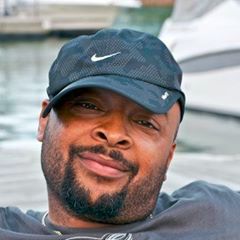 The great Rev. Jackson is an institution and his work over the last 40 plus years can not be matched. However it's time to build new institutions--individuals who can pick up where Jesse has faltered over the last ten years--no fault of his own, just the sign of the times. Unfortunately, this new generation between 21 - 45 has no connection to Jesse and his remarkable work.

It's not just Rev. Jackson, it's most of the civil rights leaders from his generation who have not mentored successors to lead their current and influential institutions. These new freedom fighters, laborers and corporate professionals are starving to lead within their own respective framework. They're prepared to march, protest and fight for their right to exist on their own merits--and people like Jesse could've been the ringleader of these potentially new institutional builders.

No one expects Rev. Jackson to stop doing his life's work. But what Jesse should have been aware of is the changing landscape in America, his place in the current environment, and the emerging leaders who want to carve their niche and erect new civil rights institutions. A prime example is Black Lives Matters; they came on the scene and quickly built a global brand of celebrated service that includes all the things that Jesse has done for decades.

The mistake, if you wanna call it that, is Jesse should have been the coach or trainer to all these new faces surfacing from urban hoods to lead them on their journey to build these new institutions. Rev. Jackson could have been the king maker because most new (freedom fighters) looked at him as the model in which to emulate. He should have actively assisted in their desire to build new institutions while they helped him maintain his stature as an institution builder.

I also look at business institutions and wonder where is the next John Johnson (Ebony/Jet) or Soft Sheen Products (Ed Gardner) or Bob Johnson (BET) gonna come from? These respectable companies hired over 700 people collectively near the height of their glory years. What new entrepreneurs from my neighborhood will build generational, institutional brands that will not only employ black people but utilize their power and influence to transform communities and create additional institutions?

I look at new global brands being built from nothing, like Google, Amazon, Facebook, Snapchat, Salesforce, Tesla, Paypal, Twitter and so many other startup technology giants who've become institutions. There are also hundreds of companies from multiple industries, I use these tech entities because they're house-hold names, especially to millennials, who've mainly led the charge to build their own version of institutions. They wanna insert their names on monuments exactly like their elder counterparts (IBM, Hewlett-Packard, G.E., to name a few).

They wanna be remembered for creating jobs and amassing enormous wealth and changing the world. But they've been embraced either financially or with wisdom and guidance by pioneering institutions and individuals who understand the 'new world order.' Not to mention these new great business concepts created the capacity to generate additional wealth for elders who'll leave behind their life's work for others to duplicate and or modify.

My primary goal in building an institution is to copy the business model of Ebony/Jet through the digital space. The institution that Mr. Johnson built will live forever in the history books and in the minds of tens of millions. But as the world changes new business models or modified versions will need to exist. Where and when can my generation get the support and find the strength and guidance to build needed new institutions that will also insert themselves into the hearts of millions over the next 25 - 50 years?

In some cases, legacy or 2nd generation ownership of select institutions are not possible: No viable or willing off-spring(s) in the pipeline. Therefore we need to keep adding to the black experience and creating new institutions that will tell our stories and inspire even more institution building. This is crucial to our future while collectively building progressive legacies! Until the next edition...... Peace and One Love.

I Write to Differ

TAKARA
Designed and manufactured in Chicago, Takara Everyday Elegance is a one-of-a-kind blend of style and...