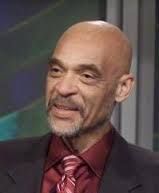 In a recent Hutchinson Report News article, political commentator, Earl Ofari Hutchinson accurately captured the situation that Black America finds itself in:
"Supposedly, many African-Americans are so turned off by Obama that they will stay home in droves on November 4. And since black and Hispanic voters typically have a lower turnout during off year national elections than older whites, this supposedly will further shatter the Democrat's chances of staving off the much predicted Republican "wave" of mid-term election victories. The standard prediction is that the GOP is likely to seize control of the Senate, tighten its grip on the House, and ramp up its control of even more state legislatures and possibly governorships."

The focus that so many of us have placed on President Obama and what he has done, or not done for us has blinded many of us to the Republican tidal wave that has been sinking us since the 2010 mid-term elections.

Hutchinson goes on to say, "It will effectively dismantle the firewall that Senate Democrats have erected to keep many of the nutty, retrograde initiatives and bills shoved up by the tea party influence GOP controlled House from getting to the Senate floor."

There are some who believe that the Democratic Party, and President Obama, have failed us -- pointing to the notion that Blacks have fared worse under President Obama and Democrats than in years past.  Such a simple view ignores the sophistication of the GOP strategy over the past 6 years.

Hutchinson points out what a Republican victory will mean."The GOP has made no secret of what that will mean. It will hammer even harder the Affordable Care Act, permanently shelve any effort at a minimum wage hike, kill any effort to strengthen voting rights protections, further stymie efforts to expand Medicaid, and harden its line against any of Obama's judicial and administration appointee that it deems too liberal or moderate."

Finally, Mr. Hutchinson concludes, "The brutal reality is that a GOP controlled Congress, a GOP White House, a lock down Supreme Court and a majority of GOP controlled state legislatures and governorships would pose something that America hasn't seen in decades, and that's a GOP dominated America. This is a scary prospect and one that will further sink black America. This election is the time to stave off that prospect."

It is time that Black America wakes up to the dedicated focus on every election that is needed to achieve better political outcomes that we desire.  The Republicans won't go away. They are fighting harder to restore their advantages of the past.  They have more to lose.

Those of us who have the most to gain should show up at the polls tomorrow, and every election. We have to get in the game to win.  Sitting on the sidelines is for losers.

Gregory Sylvia
WE ARE GREGORY SYLVIA. Founded by husband and wife team, Gregory and Terri Sylvia...