Family and the community

We must face the fact that we have an impoverished underclass in America.  It can be found in Appalachia, the barrios, rural areas, and for certain, in the urban inner city.  The violence is most egregious in the urban area because of the organized subculture that historically sustains various conditions of violence, i.e. the lifestyle of gangs.  In today’s urban community you have grandchildren that come from the womb born into the lifestyle of gangs as the grandchildren of the King and Queen of England are born into aristocracy.  As children are born into the life of a Muslim, a Christian, or a Catholic, being born in the gang code for some children, is almost as strong as being born into a religion.  Many of the children in the family of violence experienced the world of violence before they can spell or pronounce it.  Specifically in the City of Chicago unlike many other urban areas the entrenchment of the gang life and the control of the street turf is a huge challenge for many young children even in today’s times. 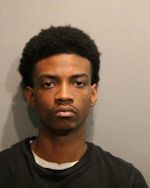 Antwan Jones, 19,accused shooter and killer of 11 year old Takiya Holmes
It is the young children of today that don’t have the gang street structure in place that their fathers and grandfathers had in earlier times.  The structure that was enforced by the grandfathers of these children has diminished due to a number of contributing factors.  Therefore, the young people that currently live in the inner city of Chicago are still faced with the issues of crossing gang geographical boundaries as well as other challenges that cause them life threatening situations.  However, the existence of the previously implemented gang protocol has been seriously diminished.  There is no concrete entity that is enforcing street law nor street justice for violators of what was once a well established code.  Therefore, a current faction of individuals elect to solve disputes and grievances by using killings as the ultimate tool of enforcement.  If you take a look at other cultures and societies where gangs were prominent, there was an ensuing lifestyle of violence. 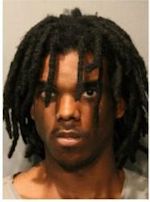 Devon Swan, 26, accused shooter and killer of 2 year old Lavontay White
Another strong contributing factor to the interpersonal violence is the act of anger that becomes rage.  Many of the young boys of today have not been taught the principles of manhood that shows them that fighting should be avoided at all times and will take place when all else has failed.  There is a kind of quick occurring emotionalism that seems to be more pervasive than discipline during certain confrontational situations.  The looming question must be: What are the character traits of the shooter and his family? There is a subculture in the impoverished underclass that children are trapped in.  They seem to be stunted by their families, neighborhoods and other contributing factors of destruction.  Many who are impoverished don’t shoot and kill.  Therefore, we must look at the lifestyle, contributing factors and character traits of those who do.

I don’t believe you will solve this problem until you look through the eyes of “the shooter”.  Once the shooter is caught he is diminished as a human being, he is classified as the scum of the earth and in most instances, he is neither evaluated nor does he receive proper treatment.  He is simply labeled as a criminal and imprisoned.

No one seems to establish a profile of the shooter.  However, when there is another shooting, the same cycle occurs, the community is outraged, they run to the aid of the deceased and their family, “As They Should”.  They address causes and effects in general terms of poverty, lack of education, no strong family unit, lack of moral values the issue of guns and various police concerns and strategies. 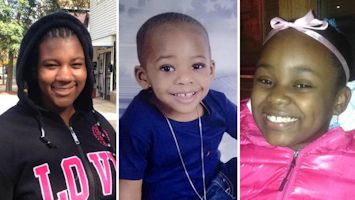 Certainly the great amount of attention to the deceased and their family is most appropriate.  But we must recognize also that in the eyes of many, the shooter is also a victim.  It is not just enough to lock up the shooter and feel relieved that he has been punished.  Let me strongly urge that you must start spending a great deal of time assessing who the shooter is and why he has become the shooter.  I have been told that some young people who participate in violence are ingesting drug cocktails that will make them temporarily psychotic. Some young men see the gun and its incredible impact on life as a way of showing their manhood.  The matters of mental health, more education, lack of resources poor or no financial support or other debilitating issues are contributing factors.  However, there are many more people who face the aforementioned challenges and they do not shoot and kill.

You must provide the expertise and the resources to develop and establish a profile that allows the shooter to be possibly identified before he shoots.  A huge contributing factor is the kind of family and social network that the person is born into and lives within.  In many instances, the behavior of the shooter is pre-disposed because he is born into a family and a network where violence is pervasive.

“Men and women of all races are born with the same range of abilities.  But ability is not just a product of birth.  Ability is stretched or stunted by the family you live with, and the neighborhood you live in by the school you go to and the poverty or the richness of your surroundings.  It is the product of a hundred unseen forces playing upon the little infant, the child, and finally the man”… (Lyndon B. Johnson, commencement speech Howard University June. 4, 1965).

“The Great Society” was not a government entitlement program.  It was the culmination of input from many representatives from across the nation that worked inside and outside of the government.  Many of the participants were activists, advocates, elected officials, ministers and others who had spent their life’s work with impoverished and disenfranchised individuals.  The purpose of “The Great Society” was to implement policy to protect the life and preserve the liberty of all of the nation’s citizens.  In fact, the specific role of the government was to protect those who could not protect themselves.  Through legislative initiatives and well crafted programs, citizens would be able to receive resources in an equitable way.  We don’t need another government program as such.  What we seriously need is a government that adheres to input from all of its citizens, particularly the most needy.

Eddie S. Read is a protégé of activist/journalist Lu Palmer.  Read has spent more than 30 years as an activist in the grassroots community in Chicago, Illinois.    Contact: This email address is being protected from spambots. You need JavaScript enabled to view it. or 773-848-8049.

IBSA, Inc.
IBSA is a nonprofit tax-exempt organization that provides employment counseling and training services in the...