ADD A BUSINESS
February 2019
Subscribe to this RSS feed

Taking Control of the Narrative 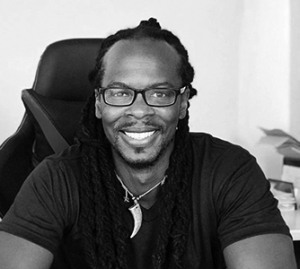 Reconnecting with the past and embracing ourselves is essential if we are to move forward especially within a society that has been historically anti-black. Over the centuries, Africans within the diaspora have lost touch of their identity and It's no strange coincidence that countless numbers of black people are now self hating, self doubting, and perceive themselves as being their own worst enemies.

From its birth to the modern era, the media at large has been unrelenting in its negative depiction of black people causing the vast majority of us to perpetuate the very same distortion of our existence given to us.

In other words because we do not control the media, other people get to decide what we see and hear and it is not by chance that most of the coverage is negative.  However, now more than ever we are able to affect change through the internet. Bit by bit we can begin to de-construct centuries of racism which allowed us to believe the worst about ourselves.

However, this call for black empowerment has been heard for decades as many of our leaders, artist and athletes have publicly made it known the need for self-determination.

In 1968, African-American athletes Tommie Smith and John Carlos each raised a black-gloved fist during the playing of the US national anthem as a symbol of defiance against racism and injustice.

In 2018,  Colin kaepernick knelt to protest against racial injustice and systematic oppression in the country. This started a wider movement and debate nationwide in the US about the police treatment of black people.

The time has come for us to all heed the call of change, a change that will empower the black community.  This is why we should make a concerted effort take back our spending power and redirect it towards supporting black businesses

How frocentric aims to change the narrative.

frocentric.com with a small f is an online ticketing platform that aims to connect Africans living in the diaspora to events that are Afrocentric in nature. Our aim is to revive our African spirit of togetherness and help bridge the gap from the past to the future through activism, business, music, culture and arts.

Our ideology is simple, be the premiere source for people seeking and promoting events that are spiritually or consciously uplifting and to support community projects thereby creating a ripple effect.

For example, other ticketing websites continue to allow openly racist groups to host and make money on their event platform. As a community, we cannot grow while investing in the same system that is built to tear us down.

Now there is now a better solution for those who want to get their message to other like minded people.  Our mission is to give event organizers and their customers a better plaform which is in line with their beliefs and aligned with their energy. A platform that is also socially conscious and through which they can also give back to the community.